Dear Journalists of #DNCLeak,
Stop lying about that it was the Russians who cracked the security. First of all let me give you an IT lesson 101 in spoofing your location. We have what is called a Virtual Private Network (VPN) which allows us to have a virtual presence in a local network. It creates an encrypted tunnel to a location and proxies your information through there. So geographically it appears as if you are somewhere else. That’s why some of my friends have noticed my location shows as New York City, instead of Ohio where I actually live. So what exactly am I getting at here? Cyber security is tricky business and we can’t just trust that because it appears to possibly be from Russia, that is in fact Russia. So the mere fact they immediately began pointing the finger at Russia suggests this is spin rather than factual. This has been proven by the constant touting of “suspicion” as fact in many of the articles.

If we recall Sony was cracked into and even the FBI suspected North Korea of doing it (1), as it appeared to have been traced back through China, which is where North Korea proxies their internet through. However as Time magazine wrote, it turns out that evidence suggests after deep investigation they were completely wrong, and it seemed to be a disgruntled employee (2).

To be completely honest the most disgusting fact about this entire situation, is it shows how corrupt the media still is. We are seeing this as they are covering up the story, and spinning it, rather than using the emails there to show how bad the DNC and Hillary Clinton are. But then again the media has always thrown the left a soft pitch every single time historically compared to the right. I say this as someone who is neither a Republican or a Democrat. Please for once in your careers be honest to the people and report the story as it happened, not as you want them to hear how it happened.

Sincerely,
Alon Ganon
An Honest Journalist and CTO of Being Libertarian LLC

As many are aware the DNC Email was breached releasing 20,000 emails to the public. I have personally combed through them myself when the leak began. Thus far this is what I have found regarding the DNC leak

colluding with a reporter on NBC
https://wikileaks.org/dnc-emails/emailid/4025

Politico writer sending his stories to the DNC before he sends them to his editor.
https://wikileaks.org/dnc-emails/emailid/10808

off the book meetings
https://wikileaks.org/dnc-emails/emailid/4459

DNC party with WaPo (NOTE in HTML format, easily viewed by downloading raw email and open with a mail program like Mozilla Thunderbird for Mac, Windows, and GNU/Linux)
https://wikileaks.org/dnc-emails/emailid/2699

Laughing at Bernie wanting to debate in California
https://wikileaks.org/dnc-emails/emailid/5664

END_OF_DOCUMENT_TOKEN_TO_BE_REPLACED

I recently wrote a nice little program to setup and maintain your firewall on Ubuntu GNU/Linux 14.04. This will install a cron job to run daily and pull lists from multiple sites to block malicious IP addresses. Adding around ~40,000 or more individual IP addresses as well as the top 20 malicious IP blocks per day, all voluntarily and freely contributed. All of the malicious individual addresses are managed with ipset, while the IP blocks are managed with IPTables. This leads to a very efficient way of managing the tables easily and automatically. This optionally allows you to enable or disable Tor Exit node connections. I have also created an optional weekly cron job that will block whatever countries you may wish. I hand typed all 233 countries codes into a dialog menu. I added a new iptables-persistent from another Github repository which also works with ipsets to keep it persistent upon reboot for both iptables.

The lists that are regularly installed:

It’s simple enough to install. Simply run the script as root and select if you want to block Tor exit nodes or if you want to block any countries. If there are any issues or suggestions please let me know on GitHub. I want to eventually make this also capable of running on CentOS for my PhonePBX.

Tested on Ubuntu 14.04 servers, and Xubuntu 14.04 running server applications. Test it on your own machine as well if you like 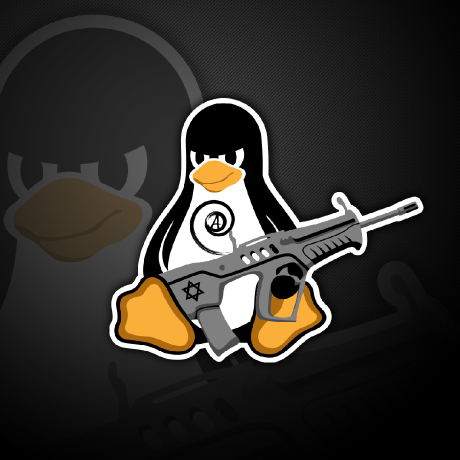 CTO of Being Libertarian LLC IT Consultant at AccuNet Dental IT and Linux Specialist Free, Libre, and Open Source Software advocate Crypto-Anarchist My philosophy is, "You are not dead, until you stop learning." https://alonganon.info https://beinglibertarian.com

I love to build servers in my free time for various tasks for fun and work.
Easily deploy an SSD cloud server in 55 seconds. Sign up using my link and receive $10 in credit: on Digital Ocean